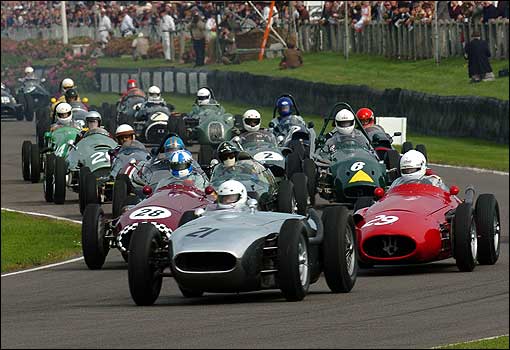 The Earl of March achieved Perfection with his staging of the 10th Goodwood Revival in West Sussex, England.
150,000 people attended this three day celebration of auto racing and vintage, historic and classic cars as there were raced @ Goodwood, primarily in the 1950's and 60's.
The event is billed "as the world's most authentic motor racing meeting".
It is so much more than that!
The event is staged in 3000 acres of glorious… Continue

This year we can toast the Original Pan Am class. Just a few years ago OPA almost disappeared, but it has slowly returned and this year has reached fifteen cars. Wonderful!

It's an extremely diverse class, too. Theere's a 356 Porsche listed, along with a 190D Mercedes that plans to run the event on bio-fuel (McDonald's old french fry grease).

Carson Scheller in his strong '54 Ford Vicky is returning to defend his championship, and you can be sure than Rich Morrision,… Continue 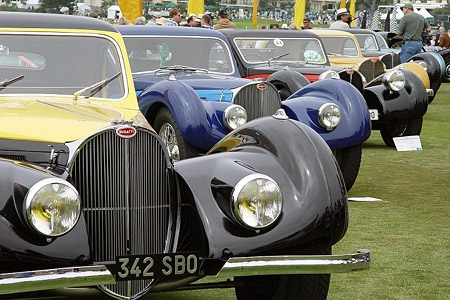 Check out my site under "News" for the latest on my visit to lay curbs for the terrific THunderbolt Circuit at New Jersey Motorsports Park! Also, thanks to Joe Volpe, I took some on-track video of both the Lightning and Thunderbolt circuits.

Pics on YouTube under "NJMP" or my name "4REMD"

Getting my transaxle sealed and painted - here is a shot with the new cossmember attached.

I thought I would share this with the group.

I ran a non-traditional autocross at a new driving facility just outside San Marcos, Tx called Harris Hill Road. (H2R) The facility is sort of a “no-racing” race track with a club-like membership program that allows members to enjoy lapping sessions during the week and on weekends. I believe the track will be made available for non-competitive club events and lap days. (http://harrishillroad.com/)

The track is well laid out and… Continue

I noticed this event is not on the calendar...
VSCCA at VIR, May 17th and 18th. North course.
http://www.peterkrause.net/Krause_%26_Associates_LLC/VSCCA_VIR_May_2008.html

Anybody, other than me, running the following events?

If so, see you at the races!

Just wanted to invite you all to keep an eye on the only diary I am writing to keep everyone informed as to my whereabouts. As many of you know I recently moved to the United kingdom from Dallas, Texas to pursue motorsport at the highest level, Formula 1.

It's a long shot, but someone is going to race Formula 1. I am seriously fast, and I think that person should be me.

I WROTE THIS FOR MY LOCAL TRIUMPH CLUB NEWSLETTER

As I mentioned in my report in the December Ragtop, CVAR was to…

Out With The Bad 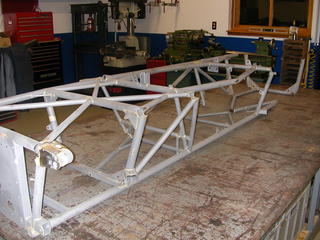 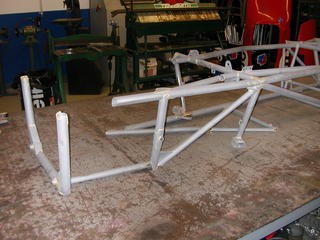 As you can see all the bad tubes have been removed and the the frame was sent out and sand blasted. New tubing ordered, time to get to work!

Restoration of a Brabham BT29 FB 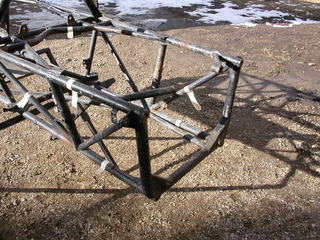 This is the frame of my newly acquired Brabham BT29 (thanks Eric!), doesn't look to bad in this photo. Thought I would document the restoration of this car on this site. Time to figure out whats original and what's not. Then I need to remove all the damaged or rusted… Continue

Make sure to check out the new flyer in the AZSCCA Group for our March Race benefiting the Phoenix Children's Hospital March 22-23 at Phoenix International Raceway. Lots of good fun for Vintage Closed-Wheel Production Cars.

If you're somewhere in the Southwest, make sure to join the AZSCCA Vintage Group for updates and show your support for regional vintage racing.

Personalize your My Page

Our Chief Technology Officer - Travis - has created a utility to personalize your www.myvrl.com webpage.

Please edit your page using the navigation guide and let us know what you think.

I ran my ’62 Spitfire Racer for the first time yesterday and I have to say I exceeded all my expectations.

The hardest part was the 7:00AM departure from Cedar Park for the 100 mile drive down to the AT&T center in San Antonio. It was clear but cold, in the high 30s when we left.…

Sadly, due to a new job here in the KC area, I was missing from the October Hallett event. I still have my 72-ish Lynx B sitting in my warehouse. I finally made some progress on it recently when I sawed-off the original steering wheel (how did anyone fit in the car??) and had a quick-disconnect hub welded to the steering shaft.

With some wonderful pictures provided by fellow Lynx B owner, Rob Newton, I discovered that one of the fine previous owners had cut off the mounting locations… Continue

David & Linda Cook are committed to finishing the facilities (e.g. power and water to the paddock areas asap) and will continually strive to make ECR a world-class race venue.

Good Luck and Great Fun to Those Headed to Eagles Canyon!!

I hope you all have a terrific time and enjoy the heck out of a brand new track!

Getting on Top Gear

Anyone know how the heck I can get on Top Gear? I have always wanted to be a part of their show, but never more than when I saw this: 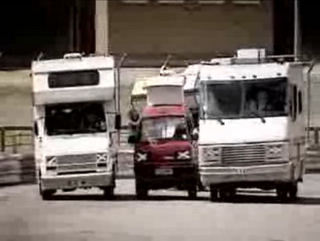 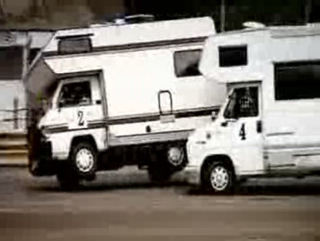 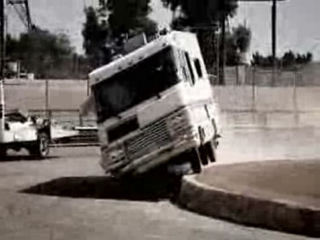 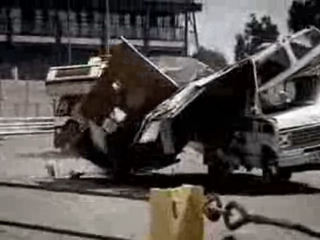 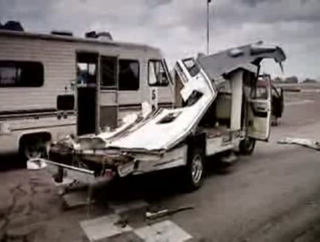