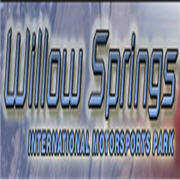 Willow Springs International Motorsports Park is located in Willow Springs near Rosamond and Lancaster, California, and is about an hour north of Los Angeles. . Construction of the track began in 1952, with the first race held on November 23, 1953.


"A Willow Springs Hot Lap"
A Driver Who Knows the Way, Shows the Way
By John Morton (edited by Don Knowles)

After attending the Carroll Shelby Driving School in 1962, he began competing in SCCA Nationals in a Lotus Super 7 in 1963. The following year, he co-drove a Cobra prototype with the late Ken Miles at Sebring. Then, in 1968, he won his first SCCA Divisional Championship. He won his second two years later, along with his first National Championship, driving a factory Datsun 240Z.

In 1971, he repeated as National Champion and took his first Trans-Am 2.5-Liter title, qualifying on the pole in every SCCA r.ace. The Trans-Am 2.5-Liter Championship was his again the next year, and he competed in Formula 5000 as well he continued driving the F5000 series for the next three years and also kept busy by winning in IMSA's RS and GTU series, moving up to the GT classes in 1977 and winning the GT class in the 24 Hours of Daytona in 1979.

Morton has been a frequent Can-Am competitor since 1977 and has done a great deal of endurance racing in recent years both in Europe and America. Last year, he also drove an Indy Car to a ninth-place finish at Long Beach, and was a regular in IMSA's Camel GT Series, competing in the top-level GTP class. He teamed with Yoshimi Katayama and John O'Steen to win Group C2 at Le Mans in one of the BF Goodrich-Mazda Lola T-616s.

"Willow Springs has been languishing in the Southern California desert since 1953, which makes it the longest surviving road-racing course in America. The track's layout, which starts on the desert floor and roams into the adjacent foothills, makes it not only challenging to drive, but provides nearly a 100 percent view of the track from any vantage point. Even the sound of a race car in a test session is unobstructed, making it possible for an astute crew chief to evaluate his car and driver's performance with his eyes closed."

Turn 1 -Turn One is a rather steeply banked 90-degree left, which ends the longest straight. It is a deceivingly fast turn taken in one gear below top in most cars. Late apex and get back on the gas very early remember it is banked. The right edge of the road is not visible until you pop out of the banking at the exit, making it tricky to use the entire road. This is a very important corner and an excellent place to pass on a late brake.
Turn 2 - A short straight precedes Turn Two: a fast 450-foot radius 200-degree right. Some banking and a slight uphill raise aid adhesion until the exit where the banking ends and the road levels out. Most cars like to run slightly inside of the middle of the road, apexing gently about three-quarters of the way into the corner. Spend some time balancing the car for this turn because a large percentage of your time is spent here. Too much under steer and you'll scrub speed and have to lift to apex; too much over steer and you'll have to ease off the power.
Turn 3 - In most cases the same gear is used from Turn One until downshifting for Turn Three the slowest turn on the track. Braking deep into Three is important because can you overtake here. An uphill well-banked 100-degree corner, Turn Three is again faster than it looks. A late apex and early throttle squirts you up the hill and into the difficult right-hand double apex Turn Four.
Turn 4 - Climb the hill and hug the right until the road starts to level. Now allow the car to move to the left side in preparation for a late apex because the turn tightens and heads steeply downhill.
Turn 5 - The right-hand jog preceding the left-hand Turn Five complicates the braking zone of Five. No matter how deep you go into five, the car is still loaded from the jog and traveling steeply downhill. Be willing to forego the perfect line into five; you can't get to the extreme right if you've gone in really deep. You can make up some of this lost ground by hanging a left front wheel in the dirt at the apex. At the exit the road starts uphill; you'll get some stick here so get on the throttle early.
Turn 6 - On the short uphill run to the right-hand Turn Six, don't bother getting to the extreme left before the entry. In a fast car, it is difficult and in a slower car completely unnecessary. In the middle of this fast turn, the road goes from uphill to downhill so you have to deal with an almost complete loss of stick for an instant. Short shift up and apex early to get most of the work done before the car goes light. In a faster car, it may take some time to gain confidence, but lose time here and you'll suffer all the way into Turn Nine.
Turn 7 - Seven is no more than a gentle bend in the straight. Stay left for the entry to eight unless you are trying to block someone's inside line into eight.
Turn 8 - In a fast car right-hand turn eight is one of those places where your right foot seems to have better sense than your brain. In most cars it is a no lift comer, but it's kind of scary at first. Enter Eight early and drive around the inside with no pronounced apex. Before the road straightens, let the car drift to the outside of the road.
Turn 9 - Leaving Eight you just have time to glance at the tach to check your top speed before entering one of the world's worst Turn Nine. This turn is very hard to get right, but essential for good lap times. It is a top gear turn in most cars, a 90-degree decreasing radius right turn with an exit you can't see until you get there. Enter from the left, but move right slightly in the early part to give yourself some room for error. There is a strong tendency to apex too early because it feels safer. Try to avoid this because you'll have to lift at the exit. Pick a reference that identifies the apex for you. You should be approaching full throttle before the apex in even the fastest car. The exit brings you to the outside of the pit straight and the end of your lap. Like any difficult track, Willow Springs requires lots of practice. But remember, your crew can see and hear every mistake.

You need to be a member of Willow Springs International Motorsports Park to add comments!