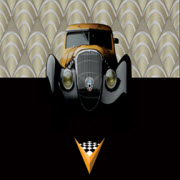 The Texas Museum of Automotive History

Automobile racing started in Fair Park in 1901 and culminated with the staging of the United States Formula One race in Fair Park during the summer of 1984.
We are working with the City of Dallas and the Dallas Parks and Recreation Department
to build a world-class Museum of Automotive History in Fair Park and eventually stage a Vintage Race and Concours event weekend.
The operating goal of the Museum is to become recognized as one of the top 10 Automotive Museums in the world. The Museum will provide attendees with an overview of the history of the automobile from 1901 to 1984, and showcase the interaction between racing and commercial car development during that period.
The Museum will feature an open restoration capability, (“The Restoration Factory”). The Restoration Factory will employ “at risk” youths and will function to educate and provide a career path for selected individuals. Four year graduates will be placed in local automotive businesses or they will be assisted in funding their college education.
TMAH Opening Party
Saturday November 20th, 2010 - 7:00pm – 10:00pm
30 x Tables (for 10) at $10,000; $5,000 and $2,500. Attendees receive lifetime, two year and one year museum memberships respectively.
To contribute to the Texas Museum of Automotive History (501-c-3), and for more
information, go to www.tmah.org or contact us by calling 214-676-4333 or email spage@tmah.org
Please read our story in the Discussion Forum below. Please contact me directly with your suggestions or to discuss donations. Stephen Page. 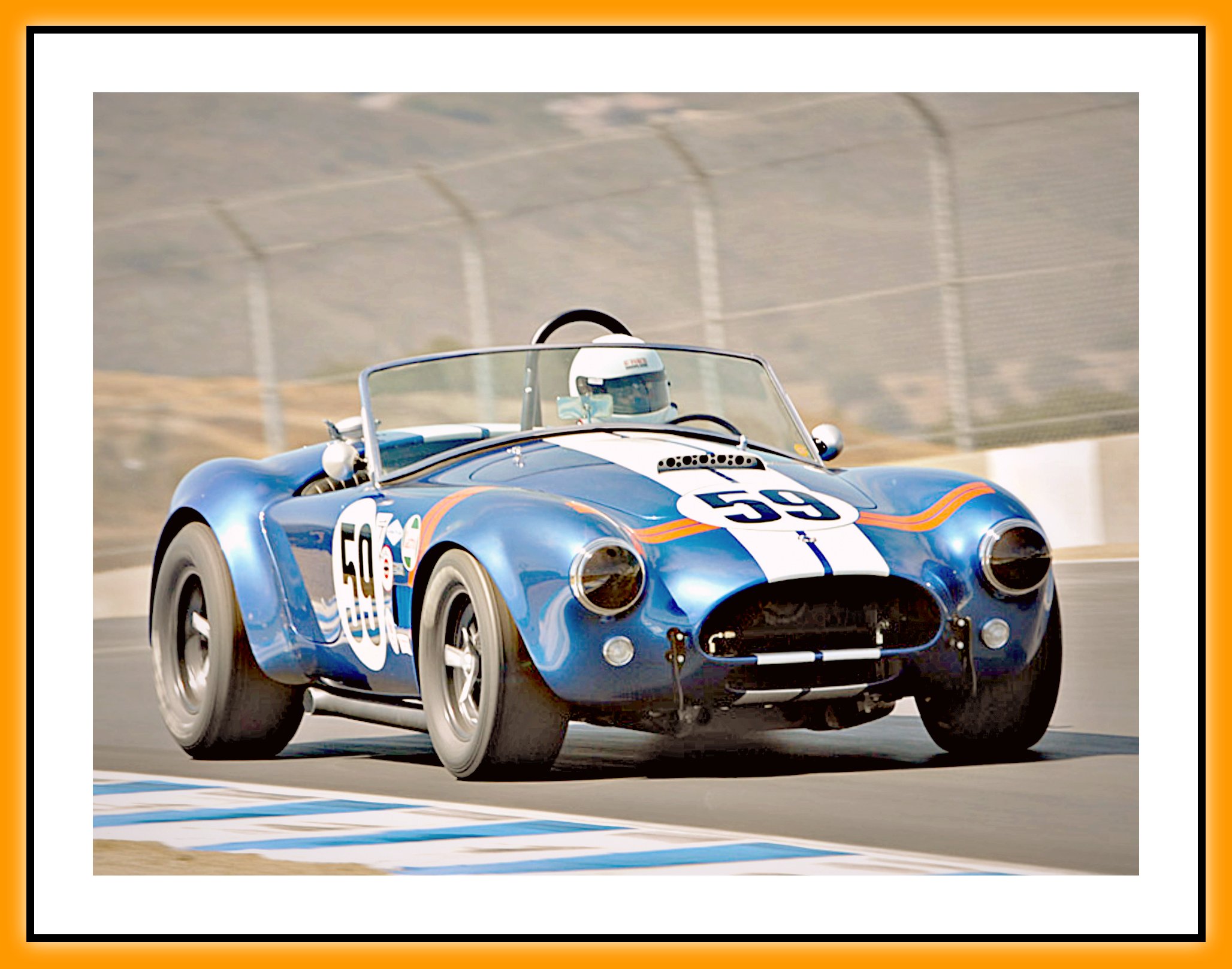 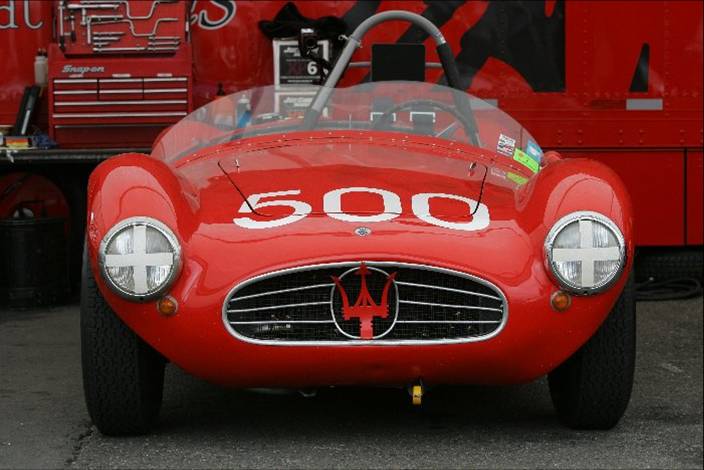 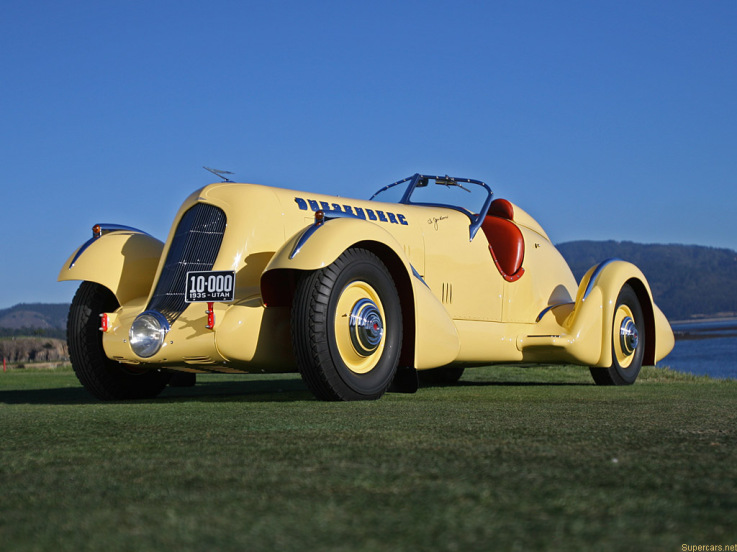 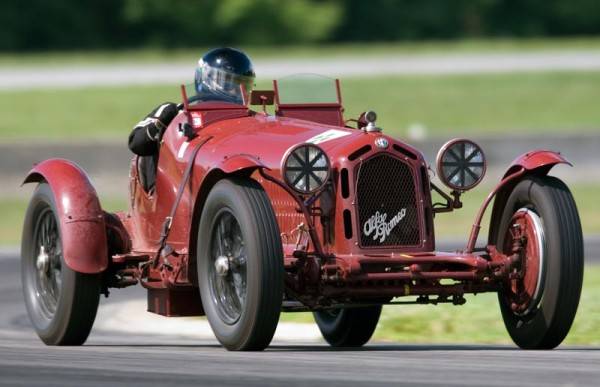 Take a look at the 1984 F1 circuit around Fair Park from an onboard video:
http://www.myvrl.com/video/f1-at-fair-park-dallas-1984

The Texas Museum of Automotive History

The attached PowerPoint describes the development of the Texas Museum of Automotive History in Fair Park, Dallas USA. We need world-class cars, money and unique memorabilia.Please contact me directly at…Continue

You need to be a member of Texas Museum of Automotive History to add comments! 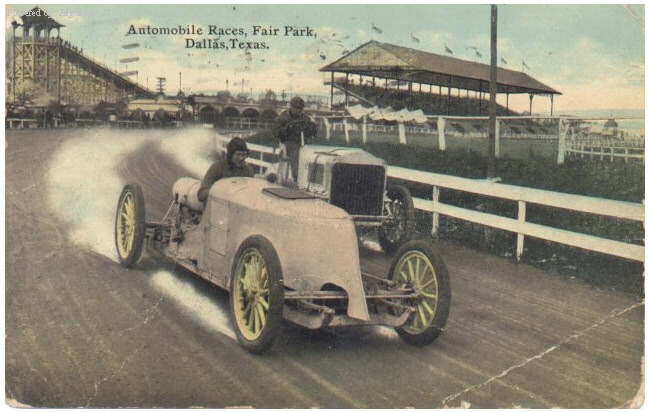 Comment by Wilbert Grinsven on February 5, 2010 at 8:09am
Dallas Planning Brick Speedway 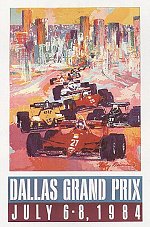 We have brought you stories of previous grand prix from many former F1 stars and journalists. Now we bring you a story from one of our readers, Tony Romack, who was a young doctor who got his chance to work track side for the 1984 Dallas Grand Prix.

I became interested in Formula One when I watched Jochen Rindt chase Jack Brabham around Monaco in 1970, passing on the last lap. In America in those days, the only F1 on TV was the delayed broadcast of the race on Wide World Of Sports. By the end of the year (I was 12) I had a weekly subscription to Autoweek, which I kept for many years.

By 1978, when Mario Andretti won the championship, the local paper started to run a single line in the Monday edition listing the winners of the previous day's race. Sadly there was still not much coverage on TV.

Like a lot of fans I hoped to attend a race in person someday, and that dream came true for me when F1 came to Dallas in 1984. I had recently finished my ER rotation and the hospital where I worked got the contract to supply track doctors. Nearly all of the ER doctors were F1 fans, but I ended up with a plumb posting in the first aid station next to the pits. My doctor's badge was my ticket into the garages - it made having to take four days vacation very worthwhile.

One of my first customers was Ayrton Senna, who came in looking for a specific kind of tape for his blistered hands. I found what he was looking for and he was soon patched up and ready to go. I remember telling him:"Everyone knows you will be world champion when you get a better car."

It was over 100 degrees Fahrenheit that weekend so all of the TV crews were looking for interviews from the doctors. My advice was "drink fluids and wear good shoes". You may recall the track surface broke up badly due to too-recent paving, multiple support races, and the severe heat.

A huge feature of the circuit was the roller coaster, now sadly no longer there; however the track is still clearly visible in the Texas State Fairground 25 years later.
Although we had a few drivers come in for IV fluids, there were a lot of fans who also needed treatment for dehydration or blisters. The biggest accident was in practice when Martin Brundle crashed his Tyrrell and had to be taken to hospital with two broken ankles - not something we could deal with track side.

I also saw Niki Lauda spin and crash in practice right in front of my station - in a wreck which looked remarkably like his wreck at the Nurburgring. He was fine and only needed some physical therapy so I pointed him to a rival hospital's trailer where they helped him out.

My colleagues were not very pleased, and as a result I was banished to the back straight for the day of the race. That was fine by me as the passing attempts were mostly at the back chicane - I say attempts because I don't remember anyone actually succeeding.

I did manage to get over to the start line and I have the photos to prove it. Nigel Mansell was on pole, but he wouldn't speak to anyone. I remember being really pleased that Lotus had tied up the front row as I was still a Lotus fan from the first race I saw on TV in 1970.

My best photo was of a Ferrari, I found what I felt was good angle, only to have some guy bump me while I lined up the shot. It was Leroy Nieman [an American artist famous for his bright modern images of sports] who obviously liked the same angle.

The race was superb; Mansell broke a driveshaft on the last lap and tried to push his car across the finish line - only to pass out in the heat. The local TV news used that shot on their late sports broadcast for years.

Keke Rosberg won the race and Rene Arnoux came from last, after trouble on the grid, to finish second. All in all it was great fun. The acceleration, turning, and braking are much faster in real life and the cars were almost all turbocharged, so they weren't as loud as they are now.

Too bad F1 never came back to Dallas again.

Do you have an interesting F1 story that you want to share? If so contact us and tell us about it.

Claire Furnell is the senior editor of ESPNF1